Hey anyone@438punk.house,
Do yall know about The Exploited Riot that happened in 2003? Just read a piece about it in an old AJODA

This shit reminds me of high school. I had a casette of this I would listen to ALL the time.

"Repression is the attempt on the part of a decaying world to smother new ones in their infancy. We’ve withstood them all. The Holocaust and the aids crisis respectively destroyed two moments in the preceding century when our world outgrew their comfort for it. In both cases the revolutionaries and the otherwise marginalized died first. Entire generations of our elders have been stolen from us. Remember this when you forget who you are. Remind your friends, too, if they forget."
Mary Nardini Gang – Be Gay Do Crime

Anybody have any harp jazz reccs similar to Alice Coltrane?

Made two new lesbian pride flags.
With and without snakes.

journalists are like "The Green Goblin has attracted criticism for comments that some activists have viewed as 'villainous,'"

A couple other books are Ruth Stout's How to Have a Green Thumb Without an Aching Back (1955) and The Ruth Stout No-Work Garden Book (1973).

""When the person she had hired to plow her garden in the spring did not show up as scheduled, she felt helpless because she could not plant her vegetable garden on time. She decided to do it anyway, but on the surface of the unplowed ground. Then she covered the plot with mulch. She said she decided go ahead and do that after consulting with an asparagus plant." (One-Straw Revolutionary on page 167)

"Stout’s method is all about mulch—lots of it. She preferred hay although she said that you could use straw, leaves, kitchen scraps, pine needles, weeds—any vegetable matter that will rot. “add more mulch” was her recommendation for just about any circumstance a gardener was likely to encounter. The mulch decomposes into nutrients for the plants, keeps the soil cool during the summer, controls most weeds, and eliminates the need to water. She pulled back the mulch in the spring to allow the soil to warm up and dry out, then rolled it back. For difficult weeds, Stout sometimes used cardboard or a thick layer of newspapers under the mulch. This did not eradicate them completely, but it set them back so severely that gardening was manageable."

"She did not need to plow, spade, grow a cover crop, weed, water, or spray. This gave her more free time ... and also allowed her to continue gardening until well into her nineties."

"Stout’s method is only practical in relatively small plots, while Mr. Fukuoka’s approach is better suited to larger areas."

"Stout referred to herself as “a 100% non-conformist.” She was born a Quaker but later rejected religion, had no interest in politics, patriotism, or people who put on airs. She taught herself Russian so she could read Dostoyevsky in the original." (page 168) (https://immediatism.com/archives/speaker/carroll-john “Break-Out From the Crystal Palace, The anarcho-psychological critique: Stirner, Nietzsche, Dostoevsky” by John Carroll and published by Routledge)

"“At the age of eighty-seven I grow vegetables for two people the year-round, doing all the work myself and freezing the surplus. I tend several flower beds, write a column every week, answer an awful lot of mail, do the housework and cooking, —and never do any of these things after 11 o’clock in the morning! ... I have had over three thousand people from every state and from Canada come to see my easy method and I have received thousands of letters, thanking me for making gardening easy for them. Or possible.”"

Just found this website with a bunch of schematics and information about DIYing audio electronics. Lots of useful information for people building synths or guitar pedals.
https://www.experimentalistsanonymous.com

the more you learn about colonisation the worse it gets

- my home area was taken from Guarani and Jê folk (Kaingang and Laklãnõ)
- forest folk had sophisticated agroforestry technology that the coloniser failed to even see, let alone understand
- many "agricultural" staples where domesticated by Amazonian folk that the coloniser called "hunter-gatherers" "without agriculture", including potato, yam, cocoa, manioc, chilli, peanut, tobacco, and a whole lot of fruit and nut trees
- that technology supported large, federated populations with roads and river "cities", that early colonisers reported on, later Christian historians dismissed as myth, and archeologists up until recently failed to spot. LIDAR technology, new evidence gathered after rampant deforestation, and a small softening of colonial prejudices has now proved the old stories right.
- we only ever got any reasonable documentation of indigenous folk after they were deep into postapocalyptic conditions, after 1500. most ethnobotanical knowledge is lost.
- my native biome, the Atlantic forest, was a product of human engineering, like the Amazon forest; from the soil to the selection of trees, everything was stewearded by human residents
- in the long night of 500 years, the native population has been genocided upwards of 97%
- in the long night of 500 years, the distinctive araucaria pine, along with the Araucaria Atlantic forest it supports, has been ecocided upwards of 97%.

things I didn't know:
- human-useful trees like açaí, cocoa and Brazil nut are "hyperdominant" in the Amazon, several orders of magnitude more frequent than what they'd be without human management (227 tree species, or 1.7% of total known, make up more than half of it; açaí is the single most frequent tree.)
- Amazonian people hunted little, and their agroforestry focused on tree crops more than grain or tubers. They fished often.
- by contrast with coloniser agriculture, indigenous cultures seemed to have a knack for diversity and experimentation within the ecosystem. the Caiapó developed 56 varieties of sweet potato; the famously polyamorous Canela, 52 broadbeans; the Baniwa 78 chili cultivars, etc. etc.
- in the Atlantic area, the Jê were nomadic and cycled through food sources through the year
- for the autumn period when the araucaria produces that staple of my childhood, the pinhão nut, they would hang around araucaria sources as their primary source
- the onset of Kaingang-style underground houses happened circa 1000 years ago
- the araucaria pine population starts exploding in the fossil record ca. 1000 years ago
- the conflicts between Kaingang, Laklãnõ and colonisers were about araucaria trees.

so if I'm getting this correctly,

- ca. 1000 years ago, the Proto-Jê arrive. In the space of 500 years they turn the Atlantic Forest into the Araucaria landscapes we know.
- ca. 500 years ago, the coloniser arrive. in the same time period, they all but extinguish this whole high-biodiversity biome. for wood.

I've been learning to use a sewing machine recently and its so much fun. I've been hand sewing for a long ass time and its so crazy to just fly through something that would take hours by hand. Just made a bunch of rags with a tshirt from a place I used to work at. Im super excited to start making my own clothes and bags and stuff.

Tryin to make some college kids get down to this:
MGMT - Kids (Soulwax remix)
https://piped.kavin.rocks/watch?v=jb1jBn0uEOc

We have so much rice in our pantry that I could probably eat rice every day for a year and not run out. How the fuck did we get so much rice??

There's this indie dance party in town and I wanna step up my DJ skills so I can spin a bunch of dancy remixes of mid 2000s indie songs. These kids were just playing a spotify playlist of normo indie songs that are on the radio. I think they're too young to have experienced how varied and deep all this shit goes. Theres so many acual dance remixes of the songs they were playing.

if youre a tech person, consider how much of your brain goes into storing data like "where are the config files stored for this server thing i keep having to fuck with and which files take precedence over others and what are the commands to reset, run, or reload it". and imagine. THEY are not even paying you for storing that data. your brain is hosting it for free! theyre using up so many valuable neurons that you could be using to think about oceans, flowers, nebulae, ceramics, microfauna, etc. 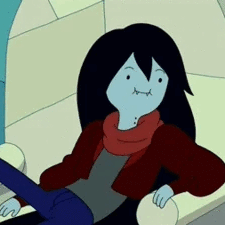 go to trashwiki.org and find the article about your city, if there is one. read the info there and try out diving! then update the article with new info!
if there isn't one for your city/area, get out there and collect info yourself and make an article!

This fills me with rage. Yelp no-javascript message. Providing no actual reasons to turn javascript on. Just cutesy bullshit. No graceful degradation of the site for no-js use. Its very likely a TEAM of people got paid to make this shit.