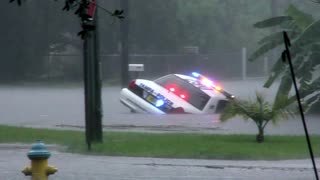 raining on your parade

the joy of not having a political project to defend. the serenity of not needing to convince anyone of anything.

what use is anarchism in a world that is tearing itself apart?

i tune out when i read that word now. it's too often accompanied by some economy-brained just-so story wrapped up in progress narratives.

"capitalism" hardly begins to capture how shit everything is or why

appreciating the plants, animals, cultures, and subcultures which thrive on neglect and decay

and i don't think the opposite configuration of the individual acting against the group has the same problem. what would it mean for a group to consent anyways? a group is already a fiction of representation, how could this fictional being have agency to express consent? and if it could, why would that be worthy of consideration to an individual opposed to it, particularly given the asymmetry involved.

this critique might seem weaker than it first appears because i use the state as the primary example but i think it holds for any group with a pretense to "govern" and administer exclusive control of resources or deliver credible threats to individuals.

consent is interesting because it's a term that pops up often in liberal discourse in political phrases like "consent of the governed" but any serious notion of consent should be utterly opposed to governance. how could there ever be consent between an asymmetry as great as between a nation state and an individual, where the nation state utterly dominates the terms of the negotiation and has the ability to inflict huge amounts of violence. how could you ever consent to being an unwilling recipient of asymmetric violence?

even if someone nominally agreed to a "social contract" with an organ of governance, if that consent is not revocable then i can't imagine how it could be considered to be "consent". a contract anyways implies the threat of consequences for a breach of the terms and that can't really be considered a consensual situation even if at one point the parties may have agreed to it.

an invitation to do nothing

trains are projections of empire and the veins of commerce just the same as cars, trucks, or cargo ships. moving raw materials from points of extraction to points of manufacturing and consumption in the urban core. carrying large populations daily commuters into central business districts where vast bureaucracies are maintained.

it's pretty easy to find a reason to dismiss any text or idea but it requires much more effort to take something apart and play with the most interesting aspects.

haven't doomposted about food production in a while but it's looking even more dire. producer inputs like fertilizer and herbicides continue to skyrocket so likely lower yields and even higher commodity prices for next year. grains and oils are already at record prices (for several reasons including an ongoing drought in north america) and producers aren't even absorbing the current spikes in input costs yet so this could get much worse next year. but meat, dairy, and egg producers are already paying for this wave of input price shocks so expect those categories to rise before cereal grains and oils.

plus the american summertime ethanol fuel waiver means more corn production will be diverted to automotive fuel. corn is a heavy nitrogen feeder so production will already be lower and prices higher with out of control fertilizer costs. plus corn is already testing its previous record high levels from 2008 and 2012.

on top of all of that, supply chains continue to be backed up at almost every level from shipping to manufacturing inventories on backorder to shortages of containers, trucks, drivers, farm workers, parts. those all have effects on farm machinery, industrial agricultural inputs, food processing plants, deliveries.

so anyways just be mentally prepared for the slow motion shitstorm that is brewing. things could turn out differently but every indication i see is that food could continue to get much more expensive along with everything else. nothing about industrial supply chains and mass agriculture is sustainable or really possible on a large scale over the long term but i like to keep an eye on the more immediate details of that deterioration so i can plan accordingly.

i don't know what it means that nazbols are taking on the mantle of "anti-fascism" and "anti-imperialists" are supporting a war of territorial expansion except that this is an interesting development in the decay of coherent political positions. this is nothing new, but why is it so easy for these political labels to be transformed to the complete opposite meaning?

nihilism for me is the consequence of a long process of disillusionment.

it is contempt for this society with no desire to reform or replace it.

it is a recognition of my own insignificance and my inability to effect much beyond my immediate surroundings.

it is my conclusion that political organization is an invitation to passivity, mediation, and the reproduction of domination.

it is my disinterest in "saving the world" or acting on behalf of others.

it is my distrust and cynicism applied to things i love.

"revolutionary optimists" of every persuasion wishing harm on those who doubt the viability of a revolutionary project notable for two centuries of failure.

imagine watching every movement be crushed, subsumed into existing modes of control, or subverted into new forms of domination and still maintaining a position of hope that this time, events will turn out differently.

raining on your parade