no racism, no sexism, no homophobia, no transphobia, no fascism, no meat, no milk, no cops.

i love computers too. but our future with technology is a wasteland.

genuine question for solarpunks: in the solarpunk future, who is mining all of the silicon that goes into all of those solar panels and robots ? who is mining the metals to manufacture the heavy industrial machines required to do that mining? who is shipping these resources around the world? which factories are running the gargantuan smelters to manufacture these heavy industrial machines? which factories and facilities are building the industrial air conditioners required to maintain the air temperatures in the silicon fabrication clean rooms? who is willingly putting their health at risk to work in those chemlabs? who is manufacturing the plastics required to do all the lithography? who is building the robots that layer the wafers? who is sourcing all the parts that go into *those* robots? who is shipping all of those resources around the world?

and how is any of this different from the globalised capitalism that we have?

all kids are born anarchist. 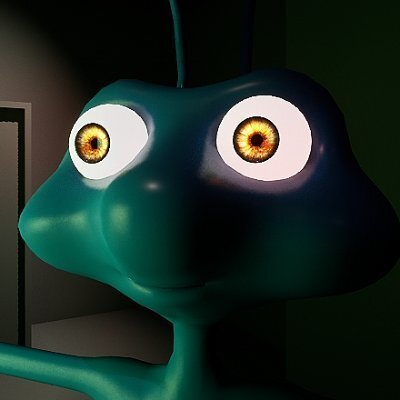 @roboneko oh... you suggested i follow people from kiwifarms? no thanks, gross shit

the patriot front white mask uniform is just a klan hood right? like they just updated it so they could wear sunglasses with it.

#nowplaying it's a grouper kind of day https://yewtu.be/watch?v=NynkFRDlWtY

protests are cool and all, but just straight up [redacted] is cooler.

wait, you’re telling me the guy who taught his dog the nazi salute “as a joke” is actually just a piece of shit nazi all along?

nearby to where i live there used to be this old wood ancient tree that was absolutely huge. hundreds of years old. a company wanted to build a store where the tree was, but couldn’t get approval to chop it down, so they bought all the land in a circle around the tree and laid concrete. they couldn’t chop the tree down or build on it, but they imprisoned it and removed its drainage. the tree immediately shed all of its leaves. rainwater pooled in the concrete box that they built and it rotted the trunk of the tree until the whole thing was dead. it choked and drowned. then they said the tree was a danger because the decaying branches might fall and harm someone, so they got permission to cut it down. since the tree was gone now, there was no reason they couldn’t buy the land where it stood and build their store there.

ten years later that store is all but shuttered, dying its own death.

when i open the youtube app this is what i see in order of appearance:

1) an advert for meat with a big picture of a grilled dead animal carcass on bread which is fucking gross
2) a breaking news article from a news media outlet that i would never read and don’t give a shit about anyway which isn’t even a video but just a picture and link to that news website
3) a feed of youtube shorts all from channels that i have never watched or interacted with and have no interest in whatsoever
4) the first actual video: a random video from a channel that i watched a video from the other day
5) another random video from a channel i watched something from the other day but am not really interested in
6) the same meat advert…
7) a video that is clearly a paid advert but not marked as such from a channel i have never watched on a subject i have never expressed any interest in
8) finally a video from a channel i watch frequently and am actually interested in
9) a video from a channel i’ve never seen and never interacted with but is slightly adjacent to a search i did the other day, but not really. high possibility this is an advert
10), 11), 12) some random videos from channels i’ve watched before but don’t really care about
13) another advert
14) a video that is definitely an unmarked advert that has no relevance to the things i would normally watch
15), 16), 17) random videos from channels i’ve watched but aren’t really into
18) another advert
19) a selfie posted from a channel that i watched one video from the other day. not even a video, just a social media post
20) another video from the same channel as 5.

not one video from channels i’m subscribed to. only 1 video i’m interested in. almost 50% adverts. two instances of meat.

youtube, if you’re going to shadow profile me and harvest my data to serve me content that i didn’t ask for, at least do a better job you piece of trash

this bassline on s.t is doing it for me

#nowplaying voices from the lake https://yewtu.be/watch?v=rIMm0swerow

no racism, no sexism, no homophobia, no transphobia, no fascism, no meat, no milk, no cops.