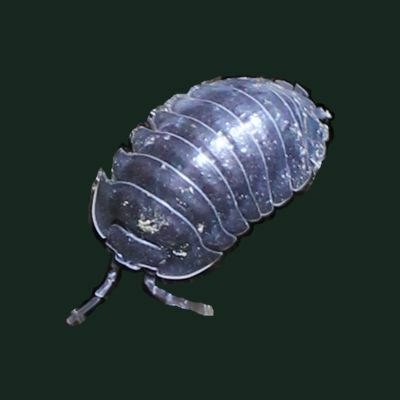 The wood lice outside my front door are like a handful of eyes away from being tiny Miyazaki ohmu.

And as should be the case, I hope the wood lice revolt against any arrogance and hubris I demonstrate in relating to them:

"In the film, the Ohmu are aggressive herd animals whose sole mission is to protect and extend the jungle so that it can continue to purify the earth. This facet of the film was problematic for Miyazaki, as it is a naïve perspective, one rooted in mankind’s inability to engage nature on its own terms. Our constant need to anthropomorphize and to look for rational causality and moral behavior in natural events estranges us further from it. In fact, he claims to have used a fungal setting full of bizarre insects in both the anime and the manga to frustrate the potential for his audience to recognize and identify with the environment and its denizens; he sought viewer estrangement rather than identification. In Nausicaä, mankind’s estrangement extends even to the nature of the Toxic Jungle, or Sea of Decay: the mycological dynamic implies rot, an uncontrollable rhizomatic decay that invisibly takes root and eats through the remains of man’s artificial environments. A regular jungle can be burned, tamed, colonized, reordered, and turned into a garden; Nausicaä effectively does this in her hidden room, where pure water (and, presumably, love and understanding) renders the plants safe and beautiful. But in the manga, the Sea of Decay revolts against mankind’s arrogance and hubris at even the cellular level."

-- Neutering the Monster, Pruning the Green: The Ecological Evolutions of Nausicaä of the Valley of the Wind
https://muse.jhu.edu/article/614503 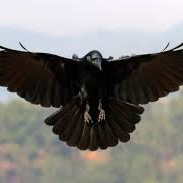 @auga I've only ever known them as roly-polies. Learned something new today.

@KillingLeviathan I think I had only ever called them slaters before I started learning more about them recently. Then I found out they were variously called roly-polies, wood lice and pillbugs... and then I found out that there are literally dozens of absolutely surreal regional UK names for them, like chuggy-pigs. 🤔