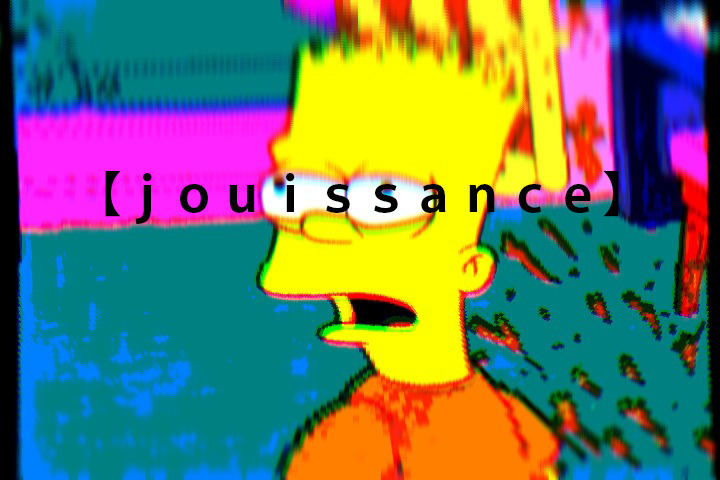 queer. anarchist. grad student. writing about nihilism to try and understand it in both its existential and political dimensions.

more seriously, neither cisness nor straightness are natural categories. there's a kind of an air to this like 'oh, but you are still going to let normal people exist as well after queer liberation, right'. in fact, straightness is, if anything, more artificial than queerness: the field of divergent approaches to gender and sexuality would still exist in the absence of structural oppression, but the 'normal' which singles some of those approaches out for oppression wouldn't

Just learned that the course I'm teaching this summer on queer lit has a "non-standard schedule". Even the schedule is queer!

Boomers really gotta stop using elipses in professional emails. My department's secretary is gonna give me a fucking panic attack with these vague ass emails about needing to set up meetings with the department head.

So sad when hot people have wack opinions.

Not really relevant to anything, but all the news about the ban on menthols made me remember that my ex, who smoked like a chimney, would get bronchitis every winter (because he smoked like a chimney), and his solution was not to stop smoking or smoke less, but to smoke menthols when he was sick (because he thought the menthol felt good on his ravaged throat, I guess?).

sO mUcH fOr ThE tOlErAnT LiBeRaLs

In case you haven't heard about this before: cities are starting to build mini "villages" of tiny homes for homeless folks that are meant to act as transition housing.

The problem is that the "houses" are basically sheds the size of prison cells (the ones being built by my house are shipping containers divided into 3 100x100 units each), with the same or stricter rules as homeless shelters, a requirement to participate in non-profit programming including case management and employment training, security guards controlling the perimeter and “checking for contraband” (no drugs or alcohol use allowed, likely other restricted items), etc. They’re not meant to house anyone long-term, just long enough to move them elsewhere, and are heavily policed. It's basically just a way to further restrict the autonomy of homeless folks and subject them to even greater levels of surveillance and control.

There are like so many empty houses and empty lots in my neighbourhood. And now the city’s building one of those homeless “villages” that are really just internment camps / open air prisons made from refurbished shipping containers on a spot where homeless folks had already been making their own communal space without the presence of cops and social workers forcing them to do job training programs or whatever the fuck. It fucking sucks. I really hate the faux-progressiveness of this place sometimes.

Bats? In MY belfry? It's more likely than you think.

Man, it's been a while since I've used N*tflix, and ... it fucking SUCKS. There is like NOTHING good on there.

Counterpoint from Wittgenstein: we gotta believe in freedom of the will, because logic.

Schopenhauer says: we gotta believe in hard-core determinism because otherwise we'll put all the hard working fortune tellers out of business.

The discussant responding to my paper really just implied that "antifa are the actual fascists."

Fuck my life. What am I even doing here?

Attending conferences really makes me question my life choices. Experiencing the eternal return as a curse today, for sure.

queer. anarchist. grad student. writing about nihilism to try and understand it in both its existential and political dimensions.